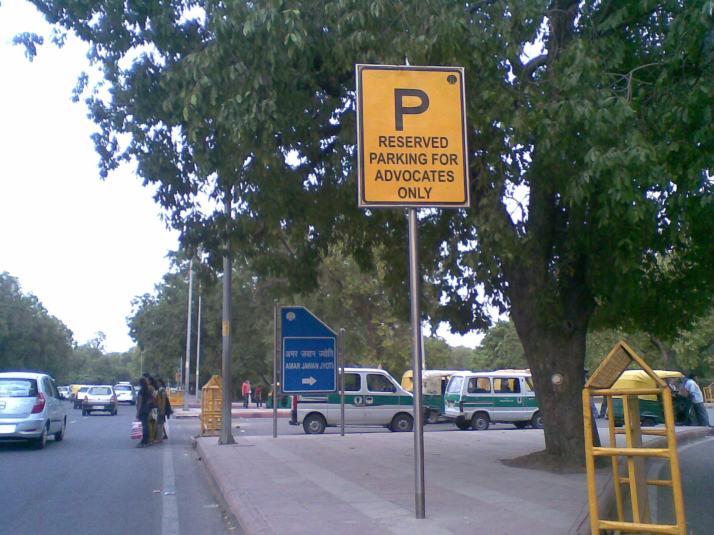 Article 14 – Equality Before Law – At India Gate – By Mukesh Jhangiani

India ‘Much More Divided’ Now Than By British: Rao

By Mukesh Jhangiani
United News of India
New Delhi (UNI) – Fifty nine years after resolving to promote fraternity among citizens, India is ”much more divided today” than during the British rule, a leading Indian advocate observed this evening.

The British policy of ‘divide and rule’– playing Hindus against Muslims and vice versa– ”was limited,” Senior Advocate P P Rao noted while delivering the tenth G V Mavalankar Memorial Lecture.
”Now, quite a few political parties thrive by relying on caste and community,” Rao pointed out, concluding that, ”India is much more divided today than during the alien rule.”
The Lecture, Reinforcing Institutions Of Governance, was sponsored by the Institute of Constitutional and Parliamentary Studies, and presided over by retired Supreme Court Judge B P Singh who traced the decline in Indian public life through lapses in efficiency and integrity.
Rao recalled Dr S Radhakrishnan describing India at the inaugural sitting of the Constituent Assembly as ”a symphony where there are… different instruments… all combining to interpret one particular score.”
Dr B R Ambedkar, he recalled, was emphatic that ”castes are anti-national… in the first place because they bring about separation in social life. They are anti-national also because they generate jealousy and antipathy between caste and caste.”
”In 1950,” Rao said, ”we the people of India had resolved to promote fraternity among all citizens and promote unity and integrity of the nation. Now we find we are divided by the political class on caste and community lines for electoral gains.
”The British policy of ‘divide and rule’ was limited; playing Hindus against Muslims and vice versa. Now, quite a few political parties thrive by relying on caste and community. India is much more divided today than during the alien rule.”
Rao stressed a need for unity and reminded that former Vice-President Krishan Kant had suggested two simple amendments to the election law to eliminate the influence of caste and community in elections.
— Introduce a condition that in order to be declared elected from a constituency a candidate shall secure not less than 50 per cent + 1 votes of the total votes polled, failing which, there shall be a run off election limiting the contest to the two leading candidates in the first round; and
— Add one more slot in the ballot paper for negative vote– for rejecting all the candidates contesting.
”If a majority of the votes polled reject all the candidates there shall be a fresh election with new faces. If these are implemented, reliance on caste and community will vanish silently,” Rao said.
Remembering Lok Sabha’s first Speaker, Rao said, ”Mavalankar was a statesman… What is the position of the Speaker’s office today? It is perhaps one of the most challenging of all political offices, notwithstanding the additional power to adjudicate claims of disqualification of members under the Tenth Schedule.
”We saw on the TV the predicament of my friend Mr Somnath Chatterjee during the debate on the no-confidence motion last year. It was much more difficult than that of a Ring Master in a circus.
”The objectionable conduct of some Speakers of State Legislative Assemblies has been disapproved by the Supreme Court. Many Speakers in State Assemblies do not inspire confidence. The fall in standards is too glaring to ignore.
”Experts have rightly recommended shifting the power of disqualification to the Election Commission. It needs to be done as part of a package of legislative and executive reforms.”
Rao called regulation of political parties ”a felt necessity today” and recited Nani A Palkhivala’s view that ”If experts imbued with a spirit of dedication and wisdom were to be inducted into the cabinet and were to be allowed the requisite freedom of action, we could transform this country into one of the great economic powers.”
On linguistic chauvinism of the sort exhibited in Maharashtra, Rao said ”I cannot understand how this attitude can be tolerated by any Government.”
He recounted some of the Constitutional provisions:
— Article 14 mandates the State not to deny to any person equality before the law or equal protection of the laws within the territory of India;
— Article 16(1) assures equality of opportunity for all citizens in matters relating to employment or appointment to any office under the State; and
— Article 19 of the Constitution guarantees to all citizens the right to move freely throughout the territory of India, to reside and settle in any part thereof, and to practice any profession or to carry on any occupation, trade or business anywhere in India subject to reasonable restrictions.
”In India we have common citizenship and all Indians are entitled to equal rights, but in the land of the Thackeray’s– Bal Thackeray and Raj Thackeray– Maharashtra is for Maharashtrians; Indian Railways shall recruit only Maharashtrians; all employment opportunities – from the lowest to the highest in public as well as private establishments should be reserved exclusively for Maharashtrians; and every Legislator must take the oath only in Marathi language, otherwise they will let loose their sena’s to paralyse civic life, attack targeted people and destroy their property.
”I cannot understand how this attitude can be tolerated by any Government and how the political parties led by them can be allowed to enjoy the benefit of registration and recognition.
”Justice Sreekrishna Commission report named the leader of Shiv Sena as an accused in the Bombay riots, following the demolition of Babri Masjid. The State Government was reluctant to arrest and prosecute him fearing outbreak of uncontrollable violence.
”This policy has emboldened and encouraged them to become more defiant. It is necessary to amend At.355 to facilitate Central rule in a part of the State to tackle localised outbreak of communal violence in a State like Kandhamal in Orissa.”
UNI MJ SB 2220