New Delhi (UNI) – As many as nine of 22 hostage crew members aboard Stolt Valor have taken ill waiting for freedom from Somali captors holding out for a $2 million ransom, relatives said tonight.

The hostages, 18 of them Indian, have been running low on water and food in the captivity of Somali pirates who seized their Chemical tanker in the gulf of Aden on September 15. 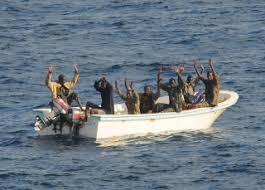 In a telephone interview from Mumbai, Seema Goyal, wife of the tanker’s Captain, Prabhat Goyal, indicated ”no tangible headway” in the 23-day-old crisis.

Mrs Goyal, who addressed a rally organised by several seafarers unions, was handed over a petition for Prime Minister Manmohan Singh, urging steps to ensure hostages’ safe return and preclude such acts.

On Tuesday, she met a Japanese Embassy official in New Delhi in an effort to build up pressure on the ship’s Japanese owners to secure a quick end to the crisis.

The Japanese-owned tanker flying the Hong Kong flag was on way to Mumbai from Houston in the United States when it was hijacked in the Gulf of Aden on September 15.

Besides 18 Indians, the crew includes a Russian, a Bangladeshi and two Filipinos.

Mrs Goyal and other members of the group have been meeting Indian authorities– ministers, senior bureaucrats, politicians– to bring home the urgency of securing the sailors’ release.

They held a candle light vigil on Saturday night drawing attention to the seafarers’ plight.

The pirates had demanded $6 million– subsequently pared down to $2 million– for letting the ship sail.

Experts say much of the initiative in the matter rests with authorities in Hong Kong, where the ship is registered, or Japan, where the owners belong.

New Delhi (UNI) – Somali pirates in the Aden
Gulf today forced some of 22 hostages to call home
to pressure the owners of the ship they seized 16
days ago for ransom, relatives reported tonight.

”They are asking some hostages at gun-point to speak
to their families,” Seema Goyal, wife of Captain Prabhat
Goyal, said hours after she was assured by Shipping,
Road Transport and Highways Minister T R Baalu of
”every effort” for their release.
Mrs Goyal said she learnt this from her husband who
telephoned her late in the afternoon from his ship’s bridge
and she was trying to convey it to the Shipping officials.
She said she also got telephone calls from some of the
families which had heard from sailors aboard the Chemical
tanker Stolt Valor, including Om Prakash Shukla and
Joginder Malik.
Earlier, Mrs Goyal met Mr Baalu and was assured that
”every effort” would be made to secure release of the
hostages. Also present were Shipping Secretary APVN
Sarma and Captain PVK Mohan, chairman of the National
Shipping Board.
She has also requested a meeting with United
Progressive Alliance chairperson Sonia Gandhi.
The delegation of seafarers’ relatives and friends also
included Captain Joginder Singh Gill, a member of
Company of Master Mariners, a body of experienced
nautical professionals.
She said ”we were told” by the representatives of the
ship owners and the manning company that delivery of
fresh water and medicine to the hostages was being
arranged. But Captain Goyal told her nothing had arrived
so far, she said.
On Tuesday, the 18 Indian seafarers were reported to be
running short of water and rations.
”Bring an end to the ordeal of these innocent seafarers,”
Mrs Goyal urged in a petition to Baalu.
The relatives and friends of the Indian hostages also
went on air to urge Prime Minister Manmohan Singh to
hear them for just ”a few minutes.”
Rashmi Sood, who accompanied Mrs Goyal, said she
could not get over a call she attended from a crew member
aboard the ship whose wife is in hospital.
His words were not coherent but the desperation was
most clear, she said.
The Japanese-owned tanker flying the Hong Kong flag
and manned by a crew of 22 was on way to Mumbai from
Houston in the United States when it was hijacked in the
Gulf of Aden on September 15.
The tanker is carrying phosphoric acid and lubricating
oil for end-users, including Kandla-based Indian Farmers
Fertiliser Cooperative Limited.
As many as 18 of the 22 seamen, including Captain
Goyal, are Indian, one Russian, one Bangladeshi and two
Filipinos.
The hijackers appeared to have originally demanded $6
million since then pared down to $2.5 million, Mrs Goyal
told a meeting at the Indian Society of International Law.
She said Capt Goyal and crew members have been in
touch with her from the ship’s bridge, presumably using a
satellite phone.
”These 22 sailors are living under the shadow of guns
with constant threat to their lives, and look upon the
government of India as their last hope.
She said a crew member called her two days ago and
”said they will be out of fresh water in a day or two, and
rations, in another 3-4 days.”
Under the Merchant Shipping Act 1958, the Director
General of Shipping, who licenses recruiters of Indian
seamen and officers, is also responsible for the welfare of
Indian seamen, experts say.
As many as 55 ships have been attacked off the coast of
Somalia since January and 11 were still being held for
ransom, published accounts indicate.
The International Maritime Bureau has issued an
advisory urging ships to stay 250 Nautical Miles away
from the Somali coast.
The ship was reportedly in a corridor made ”safe” by a
coalition of US, British and French forces.
An official for the recruiting agent declined to comment
on negotiations under way.
UNI MJ AM VP0040